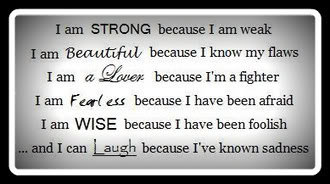 I MUST SAY THAT THIS DESCRIBES MOST OF MY PAIN. I HAD TO RE-POST THIS, FOR I RAN ACROSS IT  AGAIN ON THE NET AND IT SPOKE TO ME OF MY PAIN. IT DESCRIBED IT TO A T. I JUST WANT THIS NIGHTMARE TO END AND I KNOW THAT THERE IS HELP FOR ME SOMEWHERE, BUT I CAN'T FIND IT.:(((
IT SEEMS TO BE TRUE WHAT DR.OZ SAID ON TV THE OTHER DAY, WHEN HE SAID THAT DOCTORS JUST DON'T KNOW PAIN. THEY KNOW OF AREAS OF THE BODY, BUT THEY CAN'T PINPOINT WHERE PAIN IS COMING FROM USUALLY. THEY ARE NOT SPECIALIZING IN PAIN. THERE IS A SHORTAGE OF DOCTORS WHO DO. I TOTALLY AGREE WITH HIM AND IT IS A SAD WORLD WHERE SO MANY PEOPLE ARE SUFFERING. JUST LOOK IT UP AND TYPE IN THE WORD PAIN...AND U WILL SEE IT TOO. IT IS EVERYWHERE LIKE SOME EPIDEMIC OF PORPORTION.
EVERYONE NEEDS TO TRY TO UNDERSTAND THAT WE ALL HAVE OUR PROBLEMS, SOME SMALL AND SOME OVERWHELMING, BUT WE HAVE TO KEEP ON FIGHTING AND KEEP ON TRYING TO LIVE AND MOST DEFINITELY FEEL BLESSED IF U CAN ENJOY LIFE AND GIVE LOVE TO OTHERS, TO MAKE EVERYONE HAPPY OR TRY AT LEAST TO. SOME OF US, CAN'T CONTROL HOW WE FEEL...IT IS JUST THE WAY IT IS. IT WOULD BE A WONDERFUL THING, IF I COULD BE PAIN FREE. I WOULD LOVE THAT. THE FIRST THING, I WOULD DO IS ROUND UP MY BOYS AND GO FISHING. I HAVE WANTED TO DO THAT FOR SO LONG, BUT IT WASN'T IN THE CARDS FOR ME. I AM HONESTLY A BROKEN PERSON, NOT MY SPIRIT THOUGH...JUST MY BODY AND IT SEEMS THAT MY BODY ISN'T GETTING FIXED OR REPAIRED. NO, IT ONLY IS SEEMING TO GET WORSE AS TIME GOES ON, BUT I AM FIGHTING AND AM A FIGHTER. ONE DAY MY FIGHT WILL BE OVER, I PRAY. I AM TRYING  TO MAKE IT, BUT IT IS EVER SO HARD.
I KNOW ,THAT WHAT I HAVE, IS BAD..BECAUSE NO ONE IS GETTING ME WELL AND I AM TIRED OF TRAVELING TO DOCS AND IT JUST SEEMS TO BE GETTING HARDER AND HARDER, FOR ME.

I WANTED TO HAVE A WAY OF DOCUMENTING ALL THAT I GO THROUGH...BECAUSE I HAVE SO MANY SYMPTOMS...THAT AT TIME, I HAVE EVEN BEEN TOTALLY NUMB...ON THE WHOLE LEFT SIDE ONLY, I CAN SAY THAT AT THE TIME, I THOUGHT I WAS HAVING A STROKE OR HEART ATTACK, BECAUSE MY HEART-RATE WAS FAST, PINS/NEEDLES, NUMBNESS....AND MY FACE FELT LIKE IT WAS PULLING DOWN.
...BUT I DIDN'T EXPECT TO DO THIS...WRITE A BLOG. I DIDN'T WANT TO SEEM LIKE I WAS BEING DRAMATIC...I AM NOT. I AM JUST STATING THE FACTS, AS IT IS...I AM BEING REAL.
AS I SAID EARLIER, LIFE IS HARD, BUT WE HAVE TO KEEP ON FIGHTING AND I AM...LORD KNOWS, BUT I AM NOT PERFECT, BY NO MEANS. I AM ONLY HUMAN, BOUND TO MAKE MISTAKES...AS US ALL. I WILL SAY THAT TO ALL OF U THAT IF, U CAN CHANGE UR LIFE FOR THE BETTER AND IT IS OBTAINABLE...DO IT, BUT SOMETIMES, WE CAN'T CONTROL WHAT HAPPENS TO US OR WHY THINGS ARE THE WAY THEY ARE. IT WOULD BE NICE TO BE ABLE TO CONTROL WHAT AILS U...OR EVEN TROUBLES U.:)))<3

I FEE THAT A PERSON SHOULD FEEL BLESSED, IN ANY SITUATION...FOR, THE LORD IS WATCHING OVER US ALL AND IT IS OUR CHOICE TO LIVE FOR HIM...AS WE SHOULD.
HE DIED FOR US AND WE SHOULD BE GRATEFUL OF HIS SACRIFICE THAT WAS GIVEN...FOR ALL OF US.
SO, LIFE IS HARD...IF, WE LET IT BE. SOME OF US...ARE LIVING A HARD LIFE BECAUSE OF FACTORS...OUT OF OUR CONTROL....LIKE, OUR HEALTH.
IN THE END, IF WE KEEP THE LORD ALWAYS AT OUR SIDE...WE WILL BE ETERNALLY GRATEFUL.:)))
GOD BLESS ALL OF U AND THANK U FOR ANY PRAYERS 4 ME.:D <3 Karen 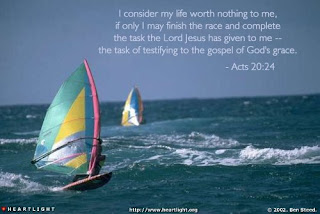 THIS BELOW IS A RE-POST, BUT IT IS SO COMPELLING THAT I HAD TO. JUST READ IT AND U WILL SEE WHERE PAIN COMES FROM: (I have 18 of them and that is almost ALL of them)
(Sorry printing is so small on these first few listings, but lettering gets larger and easier to read. I don't know why it is doing that, when looks perfectly fine before post.)
See also shoulder pain patterns and the muscles behind "frozen shoulder".
Neck and Head Pain is the most common expression of myofascial dysfunction yet chronic headache sufferers respond badly to diagnoses of muscle tension headache. The labels of "vascular" headache or "neurological disease" seem more respectable, more likely to be taken seriously. But "vascular" doesn't stop at the head; "neurological" isn't restricted to the brain or spine. Tight muscles and fascia press, shear, block, and strangle both blood vessels and nerves throughout the body. “Muscle tension headache” can mean very simply “headache due to tight muscles” but from there it has been a short trip to “You’re just tense” and . . . “Have you considered psychiatric counseling?” with the clear implication that...

The pain is not real. YOU are just crazy.

Many pains do indeed have psychiatric components, but the psychogenic diagnosis is woefully overdone. Strangely, it is rarely applied to knee pain, big toe pain, or shoulder pain, but is used all too often by the physician, who, when asked for the underlying cause of head pain, cannot bring himself to say “I don’t know.” And there's a lot to know. Over 20 muscles (primarily of the neck) refer pain to the head. Several refer pain specifically to the eye. At least three refer pain directly to the teeth for reasons that will never be relieved by fillings or repeated root canals.

Of particular concern is strain or compression of the trigeminal nerve and its branches which mediate tissue inflammation, vasodilation and vascular permeability -- all issues in migraine. Over the last few years, plastic surgeons have verified the muscle-migraine connection beginning with the odd observation that Botox injections in the frontalis and corrugator muscles of the brow also eliminated migraines.

If irritated muscles and nerves fire off an inflammatory response and vasodilation, is the resulting headache "muscular,"  "neurological," or "vascular"? Perhaps the only real answer is "all of the above" because amazingly enough, it all functions together -- or dysfunctions together.

For patient or physician, the following pain patterns may look surprisingly familiar and will, we hope, point the user in the direction of truly effective treatment. In the following illustrations, black dots indicate common trigger point locations; red areas indicate the pain referred by the trigger point. You can evaluate these muscles with the Cervical and Masticatory Tests excerpted and adapted from our Range-of-Motion Testing Charts. 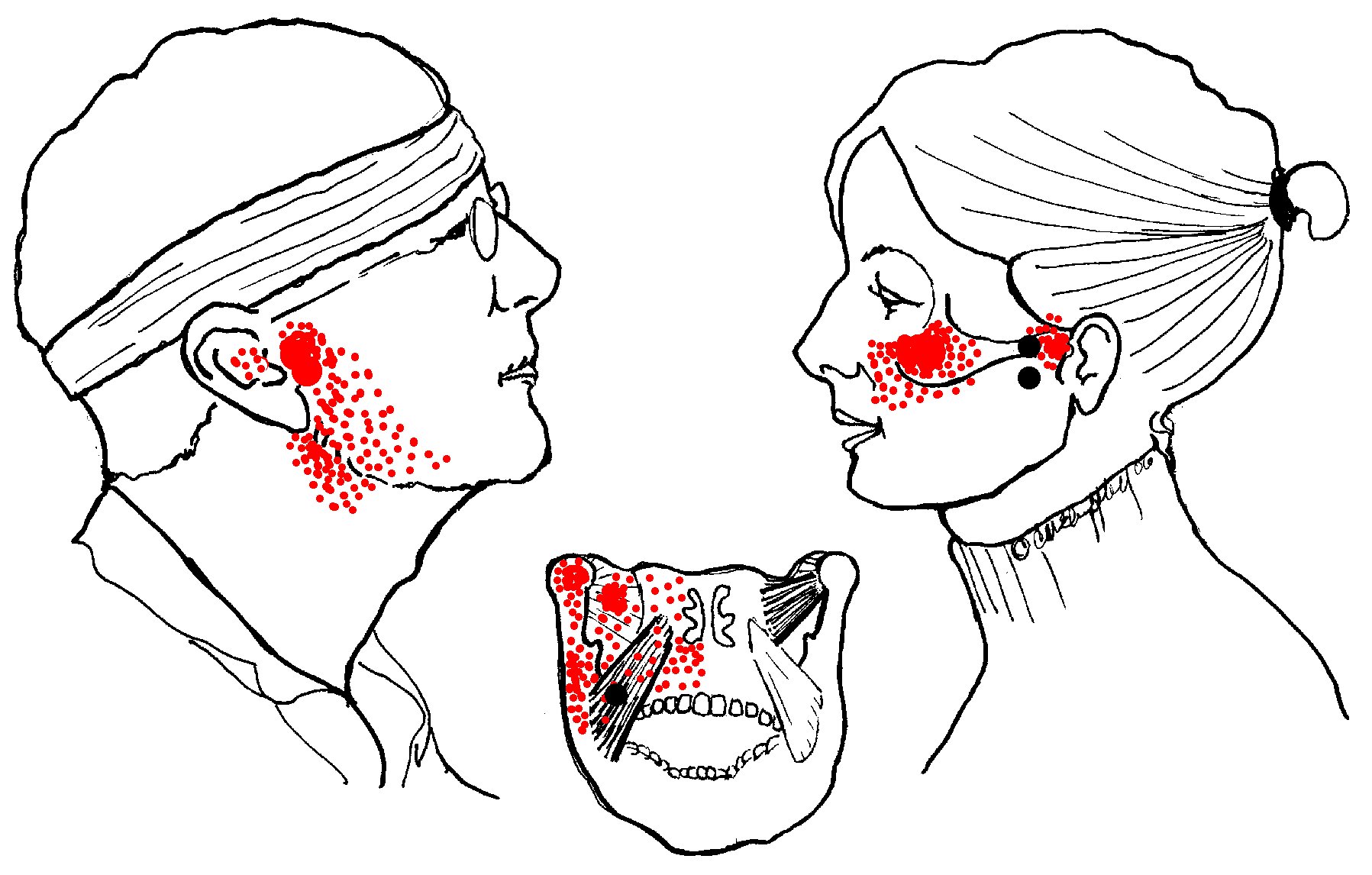 Medial pterygoids produce diffuse pain in the mouth involving the floor of the nose, tongue, throat and hard palate; pain below and behind the TMJ joint, pain and/or stuffiness of the ear, difficulty swallowing, lateral deviation and possibly pain on opening the jaw. They can also entrap the lingual nerve producing the odd symptom of a bitter, metallic taste in the mouth (which the patient may not connect with other symptoms and may not report for fear of being thought "crazy.") 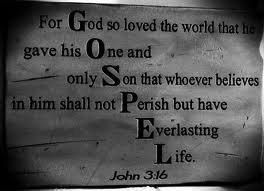